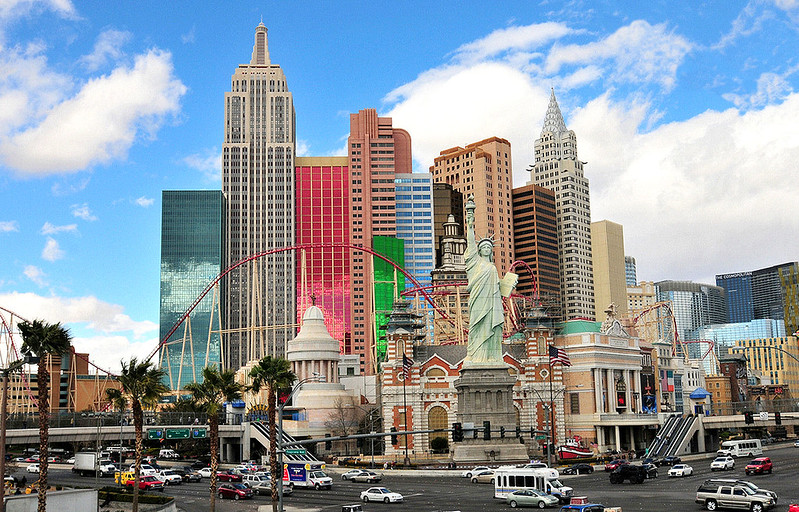 New York-New York is a magnificent casino-hotel whose facade recreates Manhattan. The hotel looks as an architectural ensemble, which includes twelve skyscrapers with luxurious rooms, a copy of the Statue of Liberty, and Brooklyn Bridge. Casino, slot machines, restaurants, bars and cafes, a fitness center, a swimming pool, a spa and shops presents the local infrastructure of the complex.

Also, you can ride there on a huge roller coaster and visit the themed family amusement park called Coney Island. 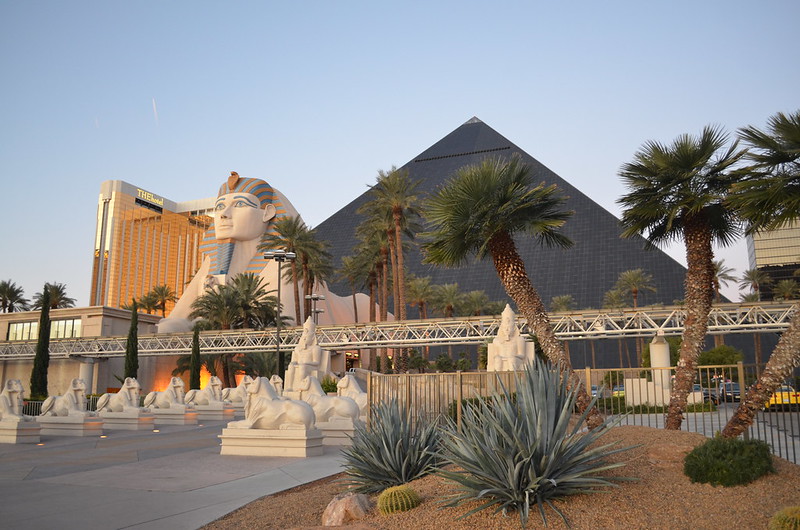 Luxor is one of the most unique hotels in the city. The fact is that it features interesting design made in the shape of a dark-glass pyramid. At night, from the top of the building a powerful and bright beam shines upward – in clear weather it’s visible at a distance of 443 km from Las Vegas.

The Luxor’s entrance is guarded by the 34-meter Sphinx, and here’s also a 43-meter Egyptian ancient obelisk.

The hotel provides comfortable and spacious rooms, from standard to deluxe class, located along the side walls of the glass pyramid. In order to get to the rooms you can use the elevator, which moves at the angle of 39°.

The hotel is full of restaurants with different cuisines, and has four swimming pools, a variety of shops, a spa, nightclubs, a casino with numerous slot machines and board games, and a wedding chapel.

The hotel constantly hosts various shows and events. Also, there are several exhibitions at the hotel, among which “Titanic: Artifact Exhibition” is devoted to the world’s largest passenger liner shipwreck. Next to the hotel there is another remarkable spot – Excalibur Hotel, which is connected with Luxor by a free tram. 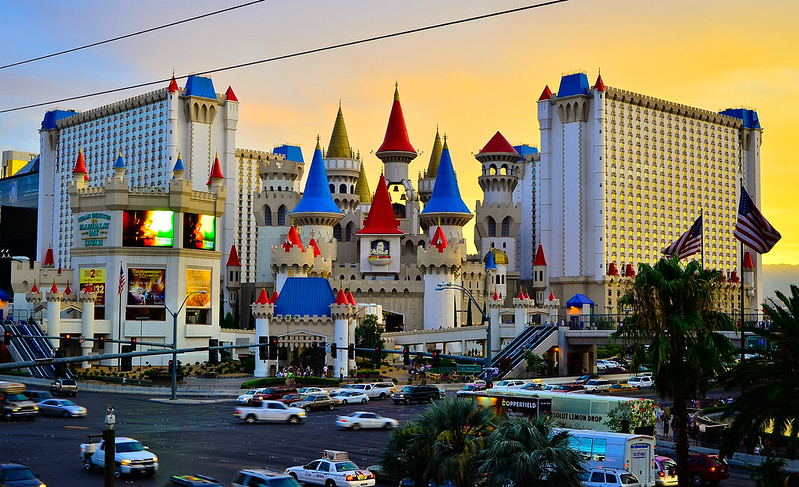 Excalibur is a luxury hotel, stylized as a medieval castle and named after the sword of the legendary King Arthur. The hotel has all the amenities for a comfortable stay – these are magnificent modern rooms, a casino, shops, a spa center, a swimming pool with a solarium, restaurants and bars, a nightclub, and a golf course.

Travelers will also enjoy the varied entertainments offered at the hotel. The show “Tournament of Kings”, which takes place in the local amphitheater, is very popular performance. This magnificent spectacle is a medieval knight’s tournament, in which 12 horses and 32 actors participate. Dinner is held there, which, according to medieval traditions, should be eaten by hand.

The hotel has a game hall called “Fun Dungeon”, where more than 150 games are offered, including arcade and sports games, and in the wedding chapel at the hotel you can have the most real medieval wedding in beautiful dresses.

It’s interesting to know that Excalibur Hotel is connected with New York-New York Hotel with footbridges. In addition, a free tram connects Excalibur with Luxor and Mandalay Bay hotels.